A visual exploration of iridescence in the microscopic world.

Created for Taupe Magazine, Mesmera is a series of images inspired by the phenomenon of iridescence used as a form of defence in nature.

These visual works represent a fleeting moment of interior-to-exterior transformation that creates a suspension of colour perception, acting as a dazzling shield or anti-camouflage. 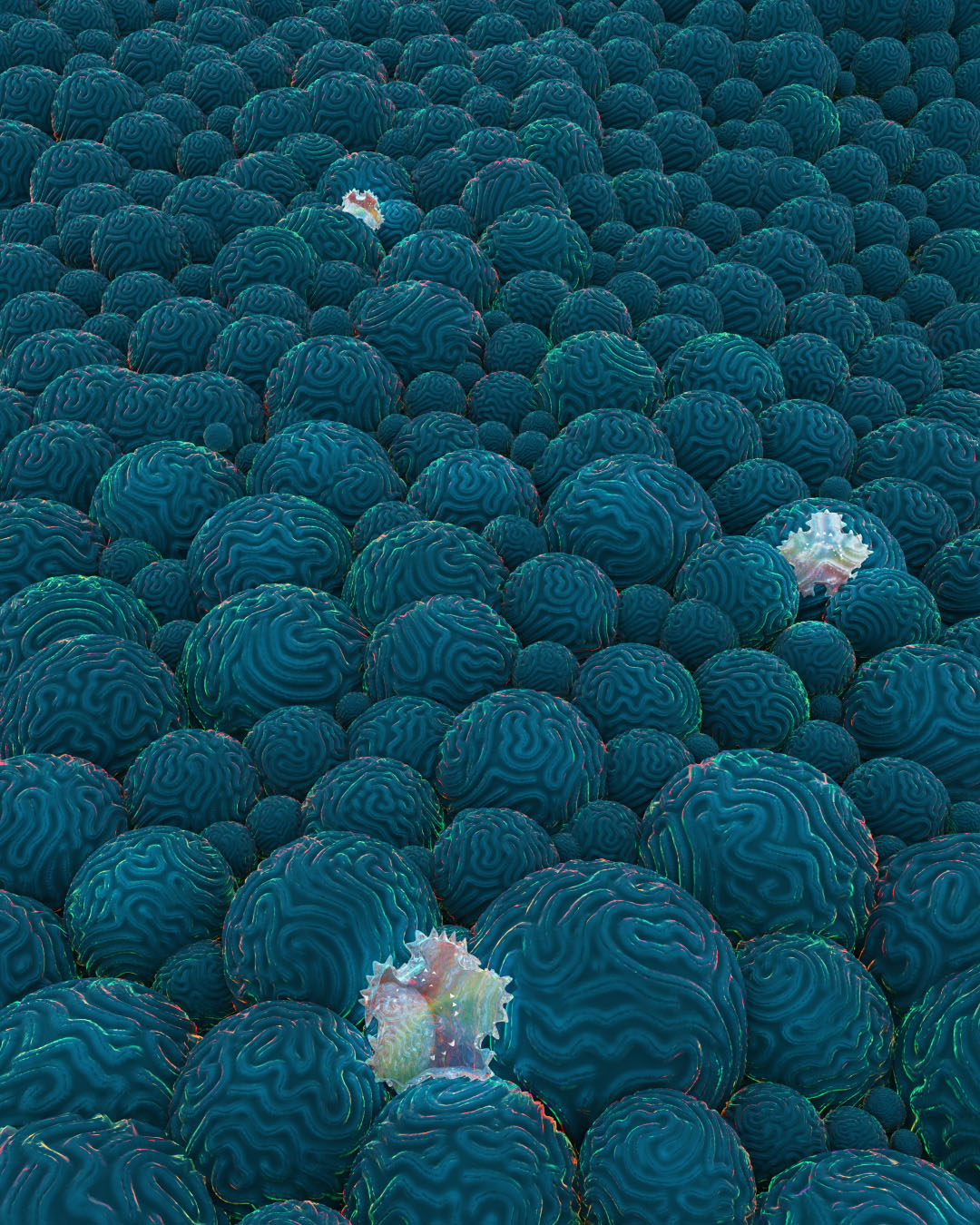 Each piece was built entirely digitally, including sculpted shapes that were directly influenced by Ernst Haeckel’s Art Forms in Nature (1899).

Mesmera intends to represent iridescence in an organic context, as opposed to its accustomed context of being artificial or man-made, as well as visualising Ernst Haeckel’s research.

His research demonstrates the importance of evolution and the development process of complex living organisms, with shapes originating from studying single cell organisms at a microscopic level, which displayed complex patterns of symmetry reminiscent of crystals.

Complex patterns, whether on the surface or deeper, are intrinsic to producing iridescence.
The iridescent element was based on the biomimicry of its dependence on angular movement and surface-based geometry, that organisms use as a way to startle predators with this unexpected and other-worldly material.

Mesmera was launched by Taupe Magazine and circulated via their online magazine and online channels.